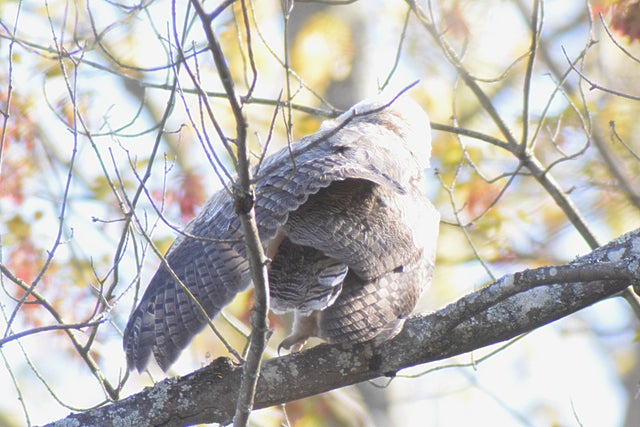 This is the day the chicks fledged the nest. I was very surprised to see it and Mom near where I stand. I could hear it giving a screech every now and again. But when it tried to hop and fly, it was a little nerve wracking! It would almost miss the branch or have one leg on and another off. In this photo, after its big jump, it stretched its wings and started preening.