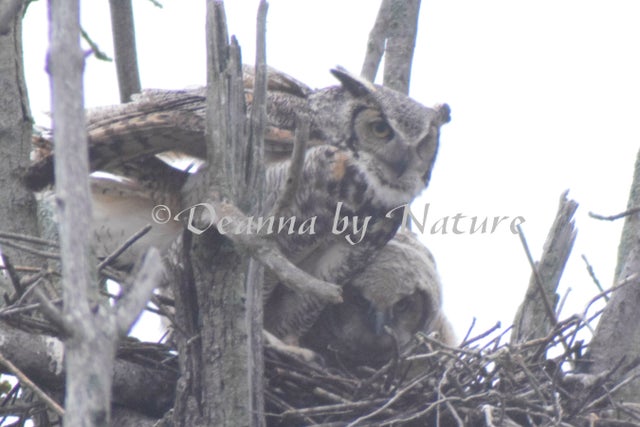 My indication a danger was nearby was, of course, the call of the hawk. But the Mama owl reacted to crows as well. Crouching, hollering or puffing up her feathers to make herself look bigger was her reaction. In a previous picture was when I heard the crows. This pic the crows were flying over.